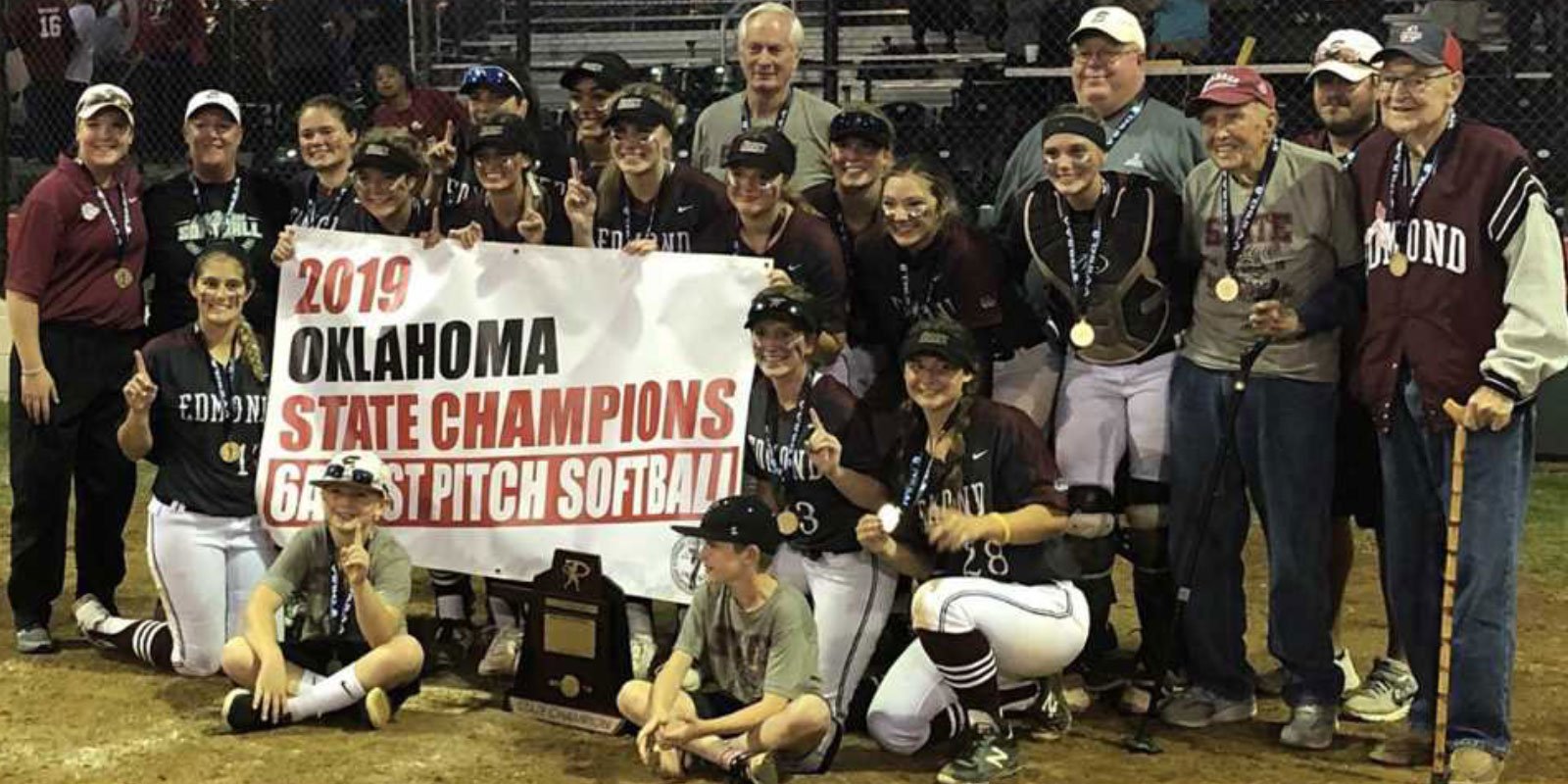 SHAWNEE – Edmond Memorial needed its offense to step up.

Owasso starting pitcher Lily Shaw had allowed just one hit as the Rams entered the fifth inning with a 1-0 lead, and the Bulldogs never seemed comfortable at the plate.

Edmond Memorial scored three runs in the frame, and it held off Owasso en route to a 3-2 win in the Class 6A fastpitch softball state championship game at The Ball Fields at Firelake.

Sophomore Jill Dickson pitched a complete game for the Bulldogs and gave up four hits. She allowed a solo home run by Shaw in the second inning, but Dickson recovered and got three straight outs.

Edmond Memorial coach Janet Chartney said she was impressed with how the young pitcher bounced back.

“She did a really good job, especially after she settled down after the bomb was hit on her,” Chartney said.